May firstly wish you a happy Christmas and happy Chanukah? 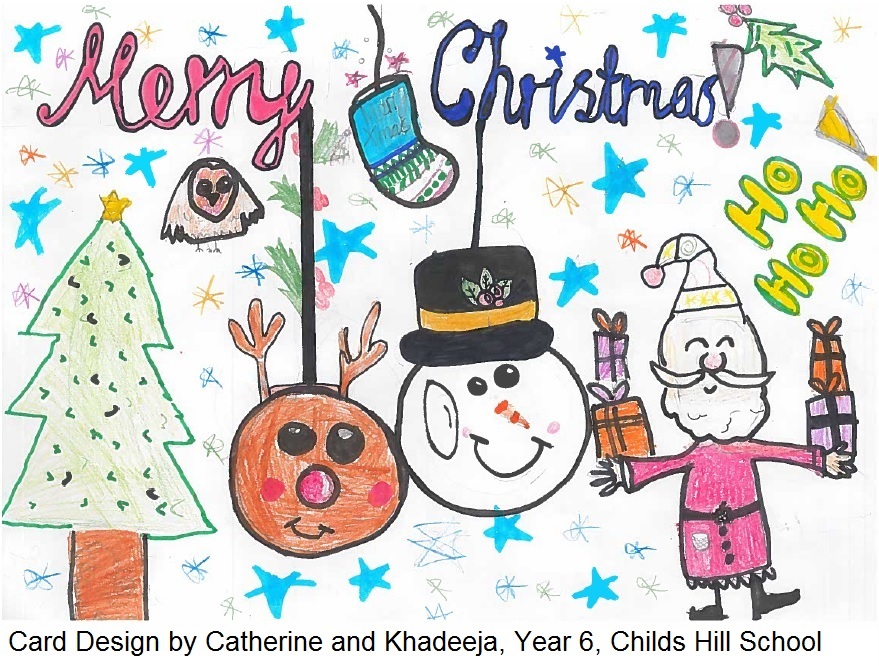 We should spare a thought for  those public service workers who are on duty over the festive season as they are throughout the year.

It seems a long time since I participated in poppy selling and Remembrance Day in Edgware, with all that has happened since.

This month’s report is shorter than usual, as City Hall was caught by the ‘purdah’ rules until after the General Election, so most meetings were cancelled. Obviously, I find the outcome of the election very disappointing, to say the least, though London remains a solidly Labour (and remain) city. I raised this with the Mayor at MQT.

The Mayor has published his draft 2020/2021 budget for consultation.  He  is provisionally proposing to increase his share of council tax bills overall by 1.99 per cent  – £6.41 a year, or 12p a week,  in cash terms for an average Band D council tax payer. Once the Government announces its Police Settlement the Mayor will review this figure. Of the Mayor’s proposed council tax increase for 2020-21, £4.85 (9p a week) will go directly to the Metropolitan Police, which will generate an additional £30 million towards policing and tackling crime in the capital. The Mayor also intends to increase his share of council tax that goes to non-policing services by £1.56 (3p a week), with the proceeds from this increase all going to the London Fire Brigade. A consultation document that sets out the Mayor’s proposals is available at: www.london.gov.uk/budget

The deadline for formal responses is 15 January 2020. Further opportunities will be available to comment on the Mayor’s Budget through the Talk London website in the new year. The Mayor’s final Budget is due to be considered by the London Assembly on 29 January 2020 and 24 February 2020.

Q: Where and when in London were the first escalators installed?

1) Europe, ‘Brexit’ and the economy

1) Europe, ‘Brexit’ and the Economy

Obviously, the outcome of the election means that Brexit is now a certainty on 31st January. The consequences of this for London are serious, and I will continue to press the Mayor on this.

TfL has published its new business plan. Alongside the continuing modernisation of the Tube, TfL fares will be frozen again this January, and the Mayor will continue to take some of the boldest action of any city in the world greening up our transport network and improving air quality across the capital. Despite continued uncertainty in the economy, the plan shows strong progress in reducing the net cost of TfL’s operations. However, it is essential for there to be long-term certainty around Government investment in existing and new transport assets to ensure that services support the growing city. TfL’s finances continue to be subject to substantial pressures as a result of the average £700m a year reduction in Government funding for its day-to-day operations. Since last year’s plan, Crossrail has confirmed that it needs further time to complete software development for the railway’s signalling and train systems and for overall safety approvals on the line. As a result, the opening of the central section will not occur in 2020 but will be as soon as practically possible in 2021. This has created significant additional capital investment and revenue pressures Between £500m and £750m in lost revenue needs to be absorbed in addition to the £600m highlighted in last year’s plan. This revenue shortfall is spread across the next four financial years and will be managed through further savings and by encouraging more people to use public transport. TfL remains on track to generate an operating surplus by 2022/23, meaning that it will cover the cost of financing, maintaining, operating and renewing its transport network. This will help ensure it can manage debt and reduce borrowing levels. Throughout the plan period, significant investment will continue providing better, more frequent and accessible transport options.

Tube noise remains a continuing issue for both neighbours of tube lines, passengers and train drivers. While Pandrol Vanguard (PV) (a track fastening system) has been linked to in-carriage noise in some locations, there may be other locations where its installation is not the cause. TfL is trialling an alternative track fastening, manufactured by Delkor, on the Jubilee line. PV has been removed in this area to allow for the Delkor product to be fitted. This trial will establish whether the product can reduce noise and vibration for local residents while also addressing in-carriage noise. In the meantime, an enhanced and targeted rail grinding plan is being used.

TfL have identified a pattern of failure by Uber that has directly put passengers’ safety at risk, leading them to refuse to renew Uber’s licence.  In the last few months it has been established that 14,000 Uber journeys have involved fraudulent drivers uploading their photos to other driver accounts – with passengers’ safety potentially put at risk getting into cars with unlicensed and suspended drivers. At this stage TfL cannot be confident that Uber has the robust processes in place to prevent another serious safety breach in the future. Uber are appealing the decision and are allowed to continue to operate till the appeal process is concluded.

London Overground started two extra early morning services on the Gospel Oak to Barking route from Monday 16 December to meet growing customer demand on this line. The two new services, depart Barking at 05:39 and 05:54, will run on weekdays only, and are necessary to meet growing customer numbers.  New walk-through electric trains entered service on the line earlier this year. London Overground’s new timetables are available here.

The good news is that police officer numbers are increasing: by December 31st, there will be 31,000 officers, thanks to investment by the Mayor and new money from the Government though this is still below what is needed and below the pre cuts level, imposed by the Government.   The Mayor and the Met. Police Commissioner have made it clear that London needs 6,000 new officers. The Mayor’s draft budget shows that funding for these additional officers, together with other financial pressures on the Met, will require an additional £480m of Government investment by 2023-24.

The Mayor has announced that he intends to invest an additional £3.2m in the capital’s Violence Reduction Unit (VRU). The VRU was set up by the Mayor last year and brings together specialists from health, police, local government, probation and community organisations to tackle violent crime and its underlying causes. In his draft budget for 2020-21, the Mayor is proposing to increase his ongoing annual investment to £5m for the next financial year.

I attended meetings of both the Camden and Barnet Safer Neighbourhood Boards; and an informal briefing from the police inspectorate (HMICFRS)

no report this month

I uncovered the scandalous news that Barnet Council failed to collect more than £400,000 in Carbon Offset Payments from developers to help combat climate change.

Barnet are also the only borough in London not to sign up to the Mayor’s anti engine idling scheme, which I detailed in my last report.

The Fire Commissioner, Dany Cotton, who had already signalled her intention to retire in the Spring of 2020, has brought forward her retirement to December 31st this year. Whist she has faced criticism arising out of the Grenfell fire, she has had a long and distinguished fire service career of over 30 years and was the first female London Fire Commissioner. I wish her well in her retirement.

Following on from the Grenfell Inquiry part 1 report, I chaired a meeting of the FREP committee, where we questioned the Fire Commissioner and Deputy Mayor in depth, over the report and its recommendations.

The Fire Service Inspectorate (HMICFS) also published its report on the London Fire Brigade, which was very critical of its management. One of the key areas they highlighted was inadequacies in training, especially refresher training for brigade drivers and for incident command. The FREP committee had also identified the question of training as an issue and decided that our first meeting in the New Year will be scrutiny of training, including the privatised training contract alongside the points identified by the Grenfell and HMI reports.

The FREP committee held a confirmation hearing for the Mayor’s nominee as the new Fire Commissioner, currently Deputy Commissioner Andy Roe, who came through a worldwide competition for the job. He took over command at Grenfell and on doing so immediately revoked the much criticised ‘stay put’ policy. I have worked with Andy in his current role, and I believe he is the best person to effect the major changes the Grenfell and HMI reports identified as needed. The committee endorsed his appointment. Andy will take over as Commissioner on 1st January.

Recent figures show how slow progress has been on remediating tall buildings with dangerous cladding. I raised this with the Mayor at Question Time.

A good level of English and maths is critical to improving someone’s life chances – but for too long funding levels have not matched what is needed to help Londoners improve their basic skills. Funding from the Mayor’s Adult Education Budget (AEB) to teach adults English and maths at GCSE level and below will be increased by 10 per cent next year, a rise of £2.7 million. In addition, the Mayor will give London’s further education providers greater flexibility to train their staff better to support learners with special educational needs and disabilities (SEND), as part of his commitment to create a more inclusive education and training system.

Each month the Mayor produces a report on his activities: you can access his 37th report  here.

Q: Where and when in London were the first escalators installed?
A: in 1898, in Harrods store: