May I firstly wish everyone a Happy Christmas and a Happy Chanukah? 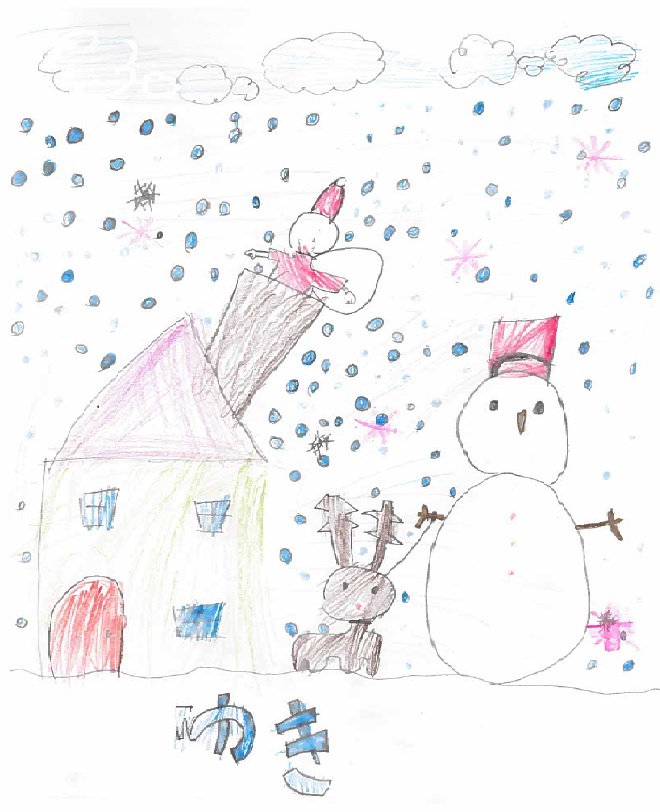 Much of this month has again been dominated by discussions on cuts to the police, especially after the Paris attacks; and the fire service as well as major infrastructure projects, HS2 and Crossrail 2

At this time of year, we should also spare a thought for those key workers who keep the city going over the festive period or who face extra demands on them. 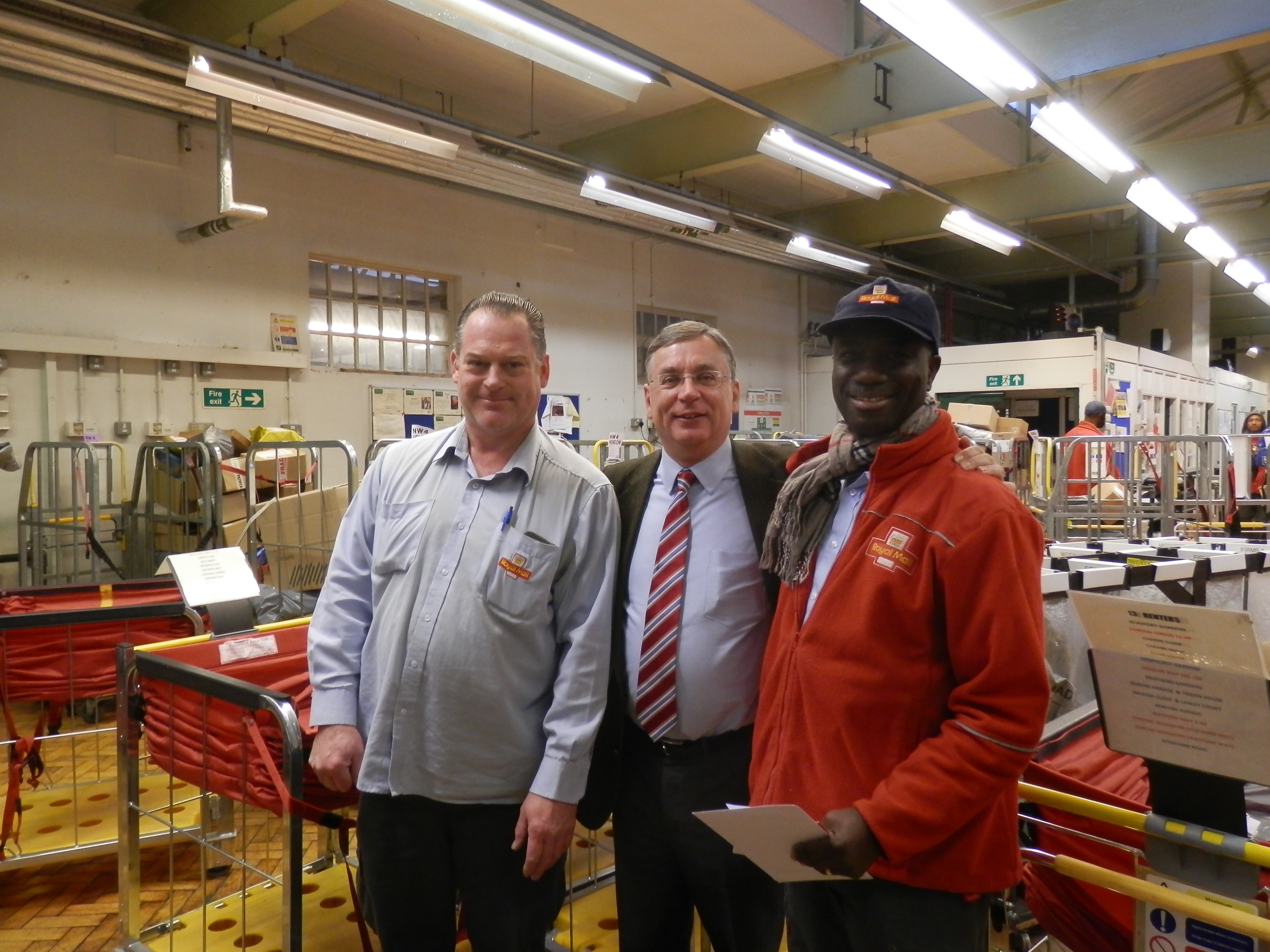 Q:. What is the historical significance of 55 Fleet Street? (a hard one!)

including the continuing budget issues

including my evidence to the HS2 Select Committee

including Regeneration Committee visits to Mill Hill and West Hampstead.

including the consultation on the cut of 13 fire engines, or not!

including new threats to the Green Belt

including threats to school funding

including the Olympic stadium

including the Ambulance service in special measures

12 Written questions to the Mayor

You may have thought that after the Chancellor’s unexpected news in the Autumn statement, the Met. Police finances were out of the woods. The cuts risk was very serious.

However problems remain. They still face £400 million in cuts on top of the £600 million so far. I have prepared a briefing on this.

The Police Grant Settlement is welcome, but Camden and Barnet’s PCSOs are still at risk.

I have also launched a new petition to save neighbourhood policing and the other emergency services, which please sign if you can, and encourage others to do so too.

Post the tragic Paris murders, I questioned the Met. Deputy Commissioner on hate crimes and security for Mosques and Synagogues.

And I called for extra protection for places of worship.

In the Police Committee transcript you can see I raised security post Paris ( p4), the implications of the budget , including for  ‘crowd sourcing’. (p23 et seq and p 33), modern slavery ( p35), and untaxed vehicles (p40).

The Police and Crime Committee has just started a new inquiry into the impact of alcohol on policing the Night Time Economy.

In the transcript of the committee proceedings read my questions from page 12, including of particular  Camden interest.

I also raised the usual range of written police questions for the Mayor’s policing answers in November 2015.

On HS2 , I gave evidence to the Commons Select Committee considering the Bill:

I am also working on a response to the consultation on Crossrail 2.

I accepted a petition from those campaigning for step free access at West Hampstead, which I have passed on to the Mayor. 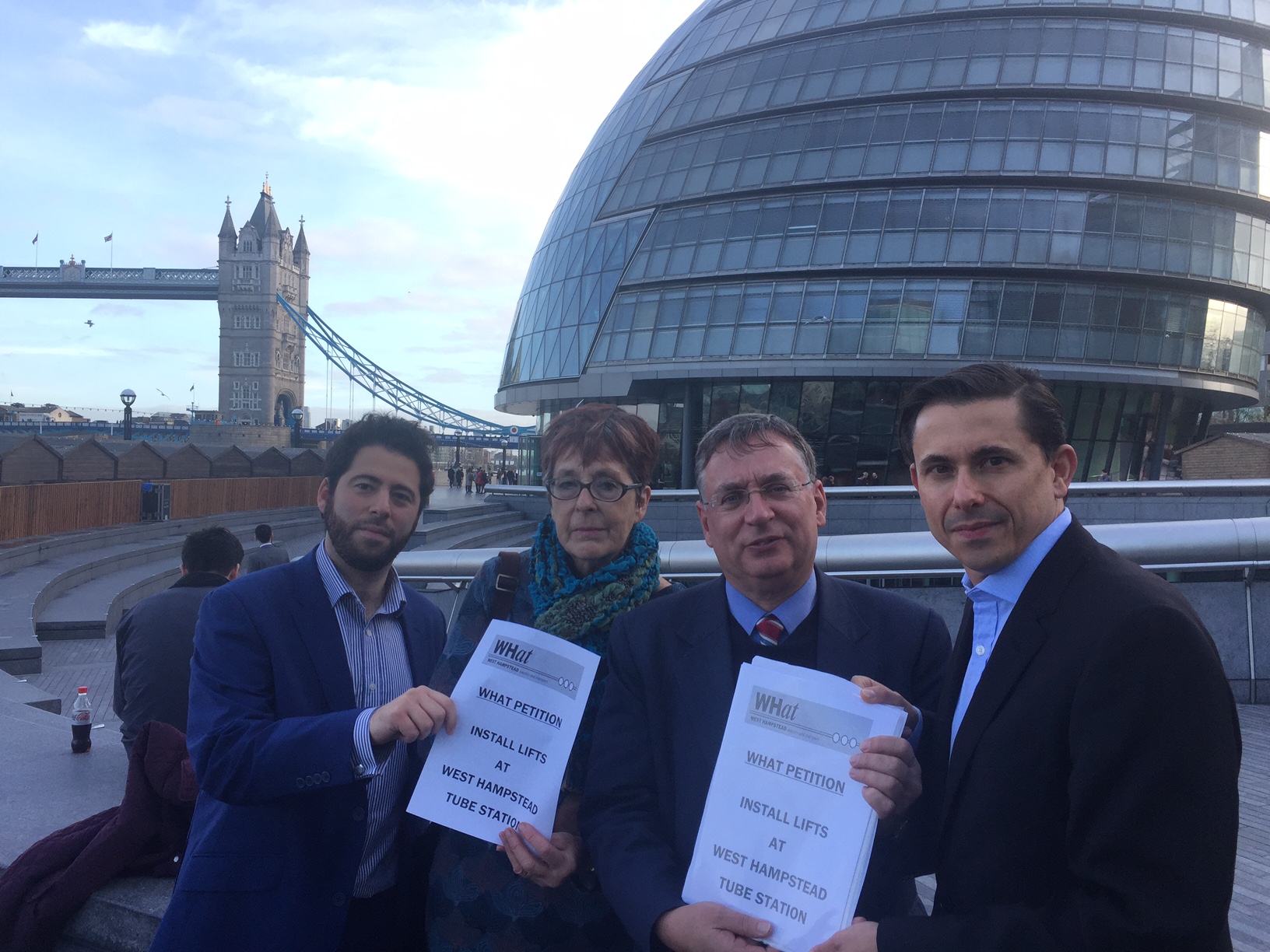 At Mayor’s Question Time, I raised the issue of long queues in ticket halls, especially at main terminus stations like Euston.

I have also spoken about the extent of fare dodging.

As a member of the Regeneration Committee at City Hall, I invited the committee to visit the Assembly constituency as part of our inquiry into the Mayor’s ‘areas of greater intensification’, with visits to Mill Hill and West Hampstead.

The consultation on the operational change options for next year’s Fire Brigade budget has now begun. Have your say!

One option, that preferred by the Fire Authority itself and which I prepared as the Chair of the Resources Committee balances the books by ‘alternate crewing’ some of our second response specialist appliances, allowing the retention of the 13 front line fire engines the Mayor wishes to cut, whilst still balancing the books; the other option, proposed as the Commissioner’s option, involves the permanent removal of the 13 fire engines. There is more detail and how to respond on the link above.

We also had a full Assembly meeting about Fire Brigade issues, where I challenged the Fire Chief Commissioner over the long term future of the fire brigade.

Finally, I wrote a letter for publication to the Ham and High, as a response to the Fire Commissioner’s published comments in that paper.

I also raised this at Mayor’s Question Time, when he indicated that he did not support building in the Green Belt, but failed to say what he would do to stop it.

I spoke at Barnet Council’s planning committee to oppose the scheme for a golf course on Edgware Green Belt land. I was pleased to see the committee rejected the scheme, despite officer recommendations to approve it.

Less satisfactory was the Barnet Council decision to approve the Abbots Way refuse site. I presented a petition from the residents to the Mayor, but he refused to intervene. 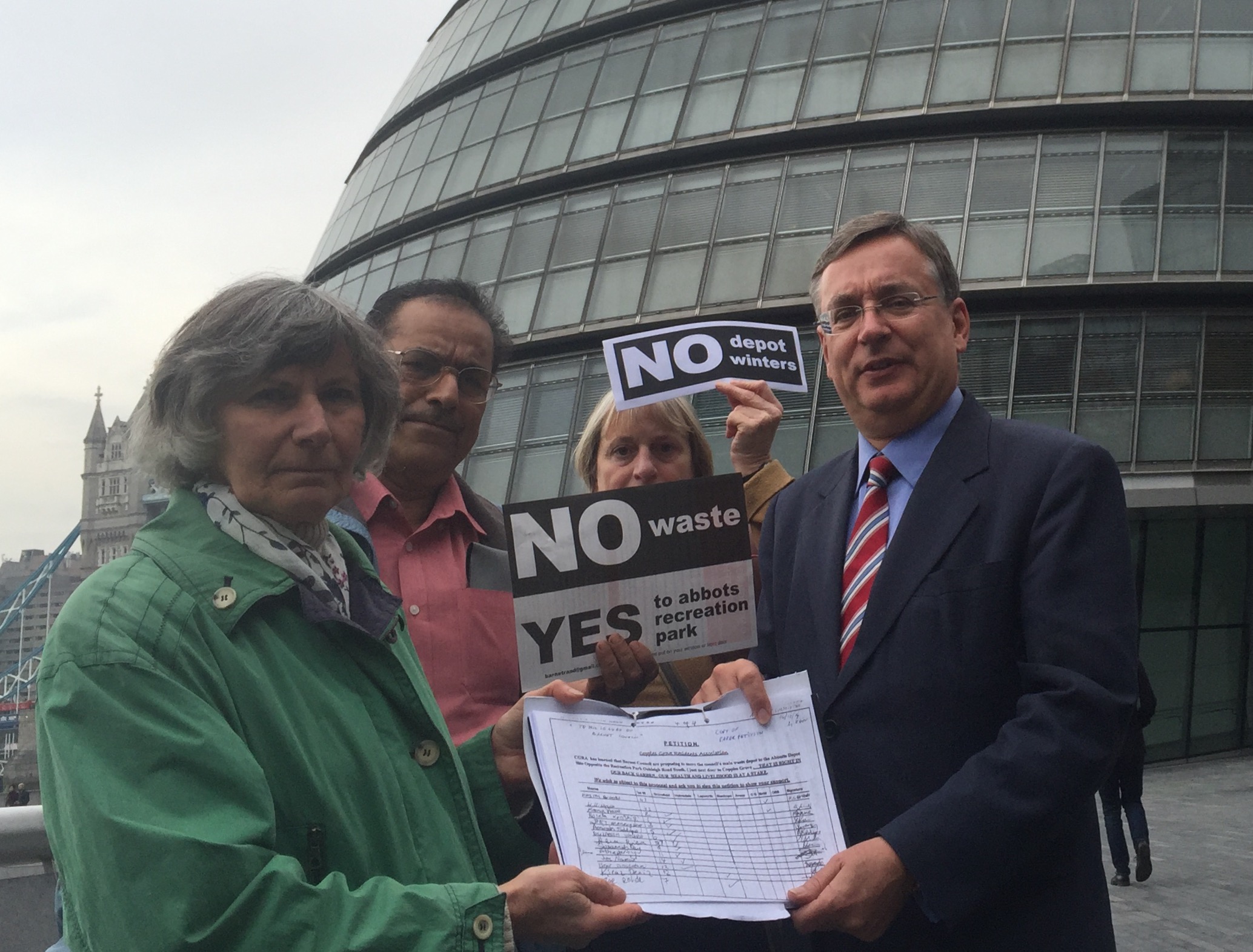 I also submitted representations to Camden over 112A Great Russell Street and the proposed hotel in the underground car park.

Three big schemes are also under development in Barnet: the redevelopment of the North London Business Park, the Pentavia site next to the A41 in Mill Hill; and the Medical Research Centre site in Mill Hill. I am concerned that all are about maximising housing with little in the way of affordable homes, and all involve large scale loss of employment. I will report further on these, as they come through into greater detail.

Finally in this section, I arranged for the Environment Agency to visit Colindale and Hale to look at flood prevention issues, as both areas had localised flooding in the summer. The EA has cleared obstructions out of the stream in Hale, which should reduce the problem; in Colindale they have agreed to do scoping works as to the extent of the risk. I have delivered a survey to residents, to help with this work.

Both boroughs are set to lose out dramatically under the schools funding formula being proposed by the Conservative Government. 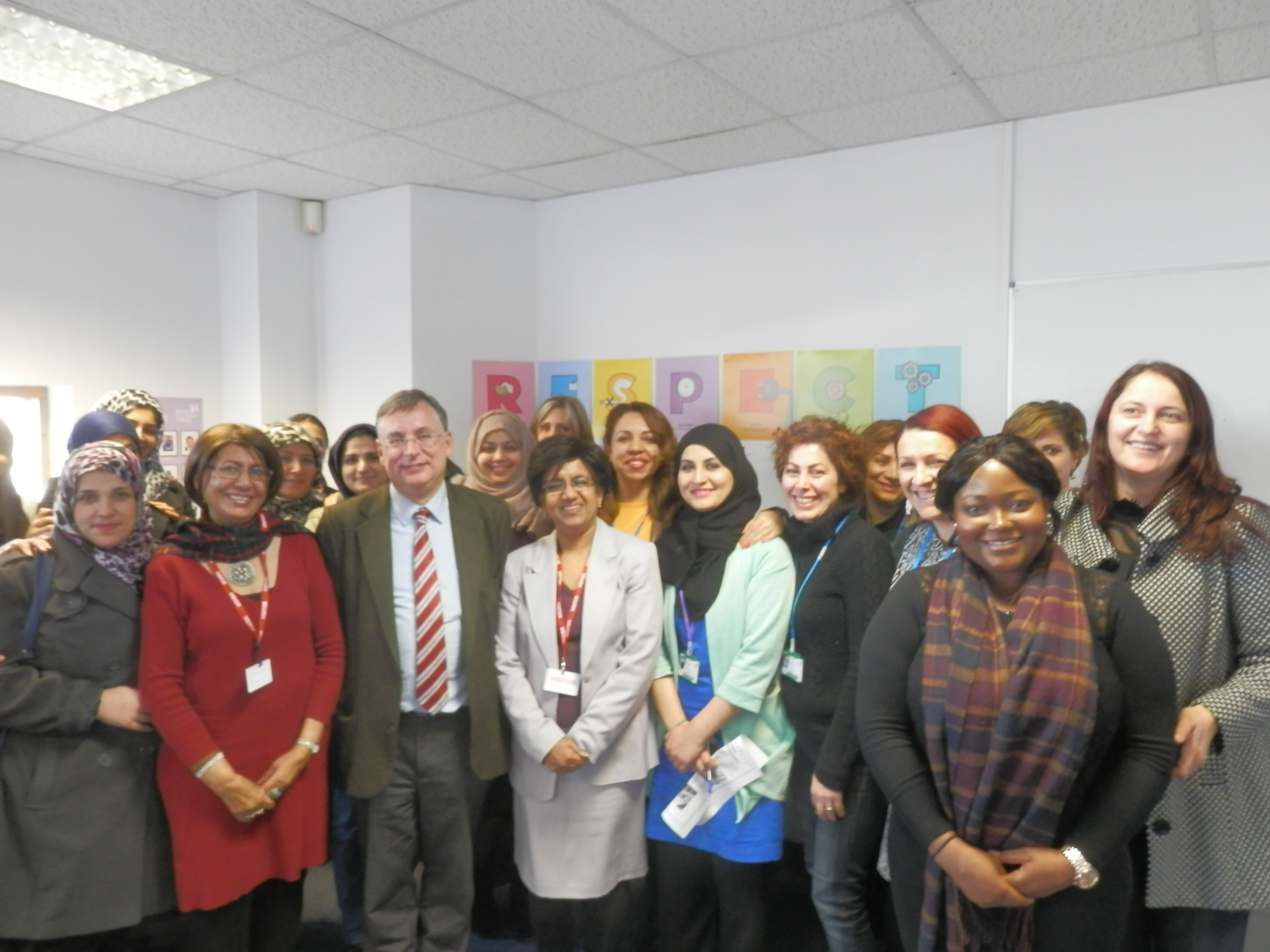 This month’s Education Panel meeting was with the deputy Mayor for Schools, Munira Mirza and with one of the Regional Schools Commissioners for London (London is split between four of them, who also have responsibility for other counties outside the capital too, rather than one for the whole of London.

I again spoke about the need for transparency over the Olympic stadium deal.

I also proposed a plenary motion against blacklisting in the construction industry.

I attended the briefing given by the Federation of Small Business.

See also my letter about the problems of the less well off in London.

The big issue here this month is the decision to put the London Ambulance Service into special measures due to poor performance :

Please see this letter I sent regarding recruitment to the LAS.

And finally my letter to Whittington Hospital on winter pressures.

At MQT I raised the Barnet Council scheme to abolish meals on wheels .

I spoke in the plenary about domestic slavery and how the Government’s visa policy; and I also raised visa policy as it disadvantages students and . makes things worse

I also had a busy Mitzvah Day, preparing vegetables for meals for homeless people at Golders Green Synagogue and helping in Kentish Town City Farm.;

also visiting to Shree Swaminarayan Mandir in Kingsbury for Diwali.

questioning London and Partners at the Plenary;

and I also attended Barnet’s Multi Faith Forum, discussing the plight of refugees.

12 Written questions to the Mayor

I tabled a full range of written questions. You can see the answers here for October or November, and his late answers here.

Q:. What is the historical significance of 55 Fleet Street?

A: The furthest west that fire spread in the Great Fire of 1666 (350th anniversary next year!)