My report from City Hall, Feb 17

This month has seen worrying developments in relation to hate crime (see the policing section below), which was made all the more relevant by this year’s Holocaust Memorial Day. I attended events at City Hall, the Camden and Barnet Councils’ organised events, school events at Edgware Reform and Finchley Reform synagogues and as a founder of HMD when I was an MP, the national commemoration event. All were very moving and very pertinent to current developments.

I have to say, that I believe the erratic behaviour of new U.S.  President Trump, far from helping combat hate crime, could well be indirectly creating an unhealthy atmosphere in which it can grow.

I also suspect the continuing disquiet over Brexit, and the vote in Parliament to authorise the Government to implement Article 50, will not help either.

Much of the time at City Hall this month has been taken up with detailed debate and scrutiny of the Mayor’s budget, a summary of which I set out in last month’s update (so will not repeat here), but there was still plenty of other activity, as I hope this report demonstrates.

Finally, may I wish my readers a happy Chinese New Year of the Rooster? 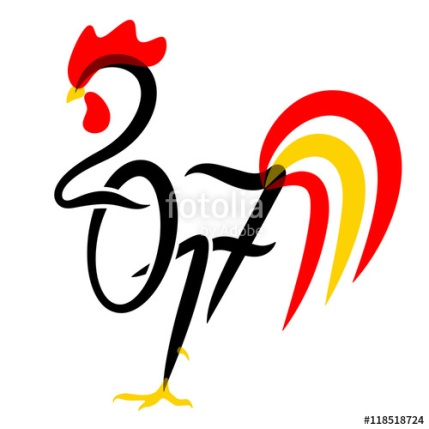 In the Assembly Budget Meeting, I again raised Brexit with the Mayor in light of the then impending decisions on the triggering of Article 50.

The importance of financial  services to the economy is shown in a recent  House of Commons briefing paper  on Statistics on UK-EU trade, which shows that British banks, money managers, insurers, pension firms, consultants, accounts, and lawyers sold £48.8 billion-worth of services to EU countries in 2015, the most recent year for which figures are available. This is equivalent to:

The impact of the post referendum drop in the value of the pound is already affecting our procurement costs; I have found out for example that the cost of each of the new fire engines we are buying for the fire brigade has gone up by £11,000, due to the cost of the parts made in continental Europe.

I raised the issue of procurement with the Mayor, as it obviously goes much wider than this.

I have produced another Brexit Briefing paper, this time on the controversial issue of   EU Migration.

Finally, you may be interested in this month’s MQs I raised about Brexit and the answers.

We also published a report on issues affecting apprenticeships in London.

This month I met with management from TfL buses to discuss their major proposals for route changes, especially around Oxford St. I am concerned about the impact, as part of these changes incudes route 13, which they have now confirmed will be cut despite the overwhelming opposition to their scheme in the consultation.

At MQT, I asked the Mayor to review the proposed minicab drivers’ English language test, which seems unduly bureaucratic and expensive.

At long last my campaign for an Oyster Card top-up machine at Brent Cross has succeeded!

The Camden Town Station Consultation: I went to the exhibition myself, and the plans are looking good, but it will still be a long haul to get the station capacity expanded with this ambitious c £500m scheme.

I have welcomed the Mayor’s Edgware Road Low Emissions Bus Zone, which goes along the A5 as far as Kilburn. I am pressing for it to go further north, but this will depend on rolling out more of the less polluting buses on the other routes which are used on the A5 further up

Promoting safer lorries through a new Direct Vision Standard was outlined in Sadiq Khan’s manifesto, as an important road safety issue, especially for cyclists and pedestrians. The Mayor is proposing that the most dangerous zero star-rated HGVs will be banned from London’s streets entirely by January 2020, and only HGVs meeting the new Direct Vision Standard of 3 stars or above will be allowed on London’s roads by 2024.The consultation on the proposals can be found here.

From Monday 27 February until late April TfL will be refurbishing the lifts at Edgware Tube station. This will temporarily impact step-free access journeys to the station. During this time passengers who are starting their journeys at Edgware will still be able to enter the station step-free, however they may experience slightly longer wait times during these works as only one platform will be accessible by lift. Those who require step-free access to get off at Edgware station will be provided with a free taxi from Hendon Central Tube station (which is step-free) to Edgware Tube station.

I have had a number of complaints about tube noise from those living near the lines, especially with the extension of the night tube. If this concerns you, please email me to let me know: include your address and the line or station that’s causing the problem.

Turning to HS2, the Government has agreed to delete the CPO regeneration power From the HS2 Bill.

The ‘post Trump inauguration’ weekend saw yet another upsurge in anti-Semitism in Edgware and Mill Hill, in particular.

This was closely followed by the report from the CST, that 2016 was the worst year for anti-Semitic incidents since they started keeping records.

I plan to raise this issue at the earliest opportunity in a full Assembly meeting.

Police Funding remains a major concern, with not just the Mayor but also the outgoing Commissioner expressing his fears  over  maintaining police numbers. As I have reported previously, we are ‘short changed’ by the Government especially over the costs associated with London being a capital city and the additional costs to policing this brings.

We have had a second session as well on this, but the transcript isn’t out yet. From this session, it seems that Borough policing priorities will be set between the Borough Leader and Chief Executive concerned, the Borough Police Commander, and the Deputy Mayor for Policing and Crime. I attended the meeting between the Deputy Mayor and Barnet Council, to discuss the local priorities and there was general consensus that the most important issue was burglary, followed by anti-social behaviour in certain wards.

The PCC also held a meeting with Safer Neighbourhood Board chairs from across London, to give us their views on the draft plan.

There is still time to comment if you haven’t already and  wish to do so  on the Mayor’s draft Police and Crime Plan , until  23rd  February 2017.

As part of our oversight work, the PCC visited to the custody suite at Brixton Police Station, which also gave me the opportunity to raise again the issue of young children being kept in custody for prolonged periods; and the issue of medical care for detainees.

The Committee has also reported on Notting Hill Carnival, which is a big drain on police resources for that weekend.

I have continued to raise the consequences of delays due to the Criminal Record Checks Backlog, where some progress is now being made.

Hate crime also encompasses Homophobia, and the local figures are not encouraging.

I attended the Camden Safer Neighbourhood Board open meeting with the new commander for the merged Camden and Islington Boroughs Command Unit, Det. Chief Superintendent Catherine Roper. I thought she was on top of her brief and impressive. I am due to have a ’one to one’ meeting with her very soon.

I am attaching the usual batch of answers to January’s MQT questions I raised on policing issues.

What got me really wound up this month was Barnet Council’s woeful performance in attempting to defend the planning appeal over the controversial scheme for the land next to Mill Hill cemetery. They were so out of their depth that they threw in the towel after the first morning of a 4 day hearing. Barnet really needs a root and branch review of its largely privatised planning function which is seriously underperforming across the board.

I met with Deputy Mayor for Planning Jules Pipe to discuss strategic issues locally, including housing developments and the protection of the green belt.

I wrote a letter of support For Kisharon’s planning application.

And an objection to the Chequers Pub planning application to turn it into a nursery.

At MQT I took the opportunity to raise Barnet’s bad landlord mayors, now that there has been a second one.

The Regeneration Committee focussed on the Olympic Park site and we questioned the Legacy Development Corporation, including following up on our visit to meet artists who face displacement as a result of the regeneration schemes there.

I met with the campaigners who are trying to keep diving facilities at Copthall; and raised with the Mayor Barnet Council’s attempts to shift the blame.

Thames Water are doing far too little to guard against flooding due to broken mains. I have urged them to improve response times after they admit floods are “devastating customers’ lives”

It now looks like the Government have missed their target for the abolition of the Fire Authority, which is set to continue till the end of September.

The consultation on the new safety plan has now closed and the results are being analysed. I attended the public drop session in as part of the consultation at Soho Fire Station.

At MQT, I raised the need for more support for courses In English for speakers of other languages:

I also met with the Middlesex University Vice Chancellor, to discuss the impact of Brexit on higher education; and the issue of skills training. I also attended the opening of Middlesex’s exciting new academic building.

9  Written questions to the Mayor

You can read the Mayor’s 9th report here.

Q: In which London structure could you hide the Great Pyramid of Giza?

A:  the O2 Arena (the Millennium Dome)