My report from City Hall March 2017

I am sure most of us will be dismayed by President Trump’s proposed travel ban. I spoke out against it and for the 13,000 Barnet and 6,000 Camden residents caught by the ban, part of the 150,000 Londoners it catches.

Whilst the Oscars descended into a farcical climax over the best picture award, we should not overlook the best foreign film winner, the Iranian film, ‘the Salesman’ whose director, Asghar Farhadi, refused to go in protest at the ban. At short notice, Mayor Sadiq Khan organised a free screening of the film in Trafalgar Square for its UK premiere, which I attended. We should also remember the short documentary winner, ‘The White Helmets’, whose cameraman Khaled Khatib, could not attend either, this time because the Syrian government cancelled his passport.

I also attended a meeting of the Monitoring Committee of the Congress of Europe, of which I am a member. This gave me the opportunity to speak about the universality of human rights in the delivery of public services; and also to speak out on the Government’s backsliding on the ‘Dubs amendment’ on child refugees, which I think most will see as pretty shabby. The meeting was in Athens, a city I know well, and rather different in winter to what most people may know of it. I also therefore took time to meet up with some political acquaintances to discuss the crisis in Greece; also a lecture hosted by the London School of Economics on Brexit; and to meet Eleni Korka, the Director General of the Culture Ministry, to discuss the campaign for the return of the Parthenon Sculptures.

Q: If a Cockney asked you to fetch his weasel, what would you bring?

Respect for the rights of EU nationals has become a major issue and rightly so; I have spoken on this at MQT.

I presented a petition to the Assembly signed by 2765 people on the need to remain in the single market.

I raised with the Deputy Mayor the £600 Million EU investment in innovation, businesses, skills, employment and job creation in London, at risk due to Brexit.

The Economy Committee reported on the need to protect workers’ rights and the low paid post-Brexit.

And the same committee also reported on the impact of migration on London’s labour market and economy.

London First, a major business representative organisation in London has also published a very full report with PwC on Migration and London’s economy.

And in the same vein, the House of Commons Library has published a detailed briefing on the numbers of EU nationals in, and what they do for, the NHS.

Even the Met. Police is affected, as a written Mayoral answer has told me that as of the 31st December the total MPS workforce included the  following EU nationals, which we clearly do not want to lose:

While it created a lot of news headlines about the fact that it was made, I suspect few people read or heard Tony Blair’s ‘Open Britain’ speech on Brexit, which I think is well worth reading as a positive case over the EU.

Please see above for our reports on workers’ rights and on migration, post Brexit. 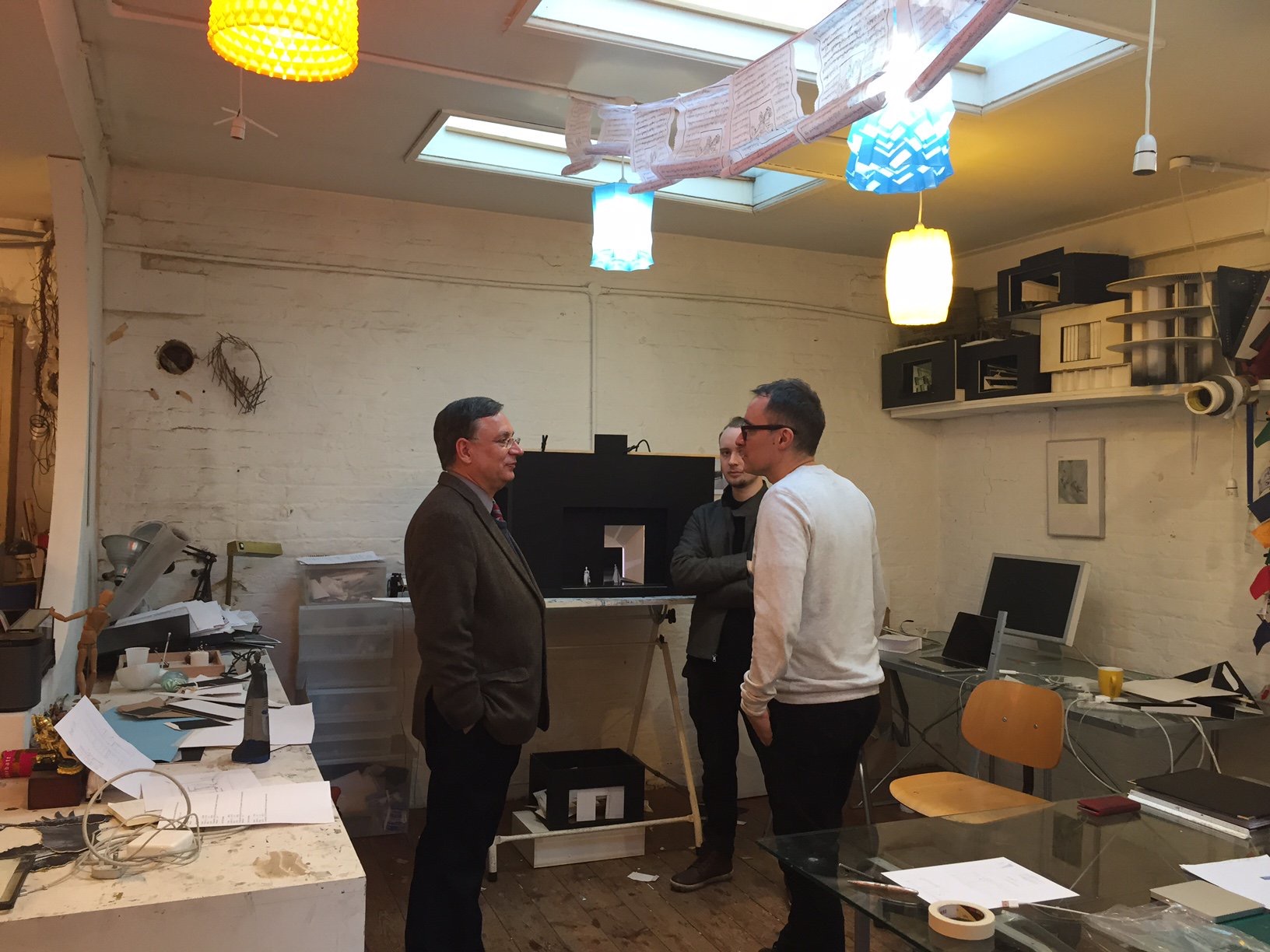 The more immediate challenge for SMEs especially is the imminent business rates rise. I urged the Chancellor to cap the rates rises.

There is little doubt that the cost of finding and keeping premises is a major issue for many SMEs, and we are looking in detail at the causes driving this. Accordingly, we made a visit to SME workshops in Kennington, for a discussion with the businesses’ proprietors.

I attended part of the British Chambers of Commerce national conference, where not unexpectedly, the main subject was the impact of Brexit.

Finally, the Regeneration Committee has begun an inquiry into Broadband and Digital Connectivity in London (or lack of it): more on this in future reports.

The High Speed 2 (HS2) Bill received Royal Assent on 23 February, giving the Government the go ahead to begin 17 years of construction of the railway scheme that has attracted considerable opposition locally and nationally. I met with the Euston campaign in the run up to this date. I co-authored an article for City AM, with Kier Starmer MP. I also had a letter published with Kier in the Evening Standard.

You may also be interested in the House of Commons library briefing on HS2.

The Mayor has published a report on encouraging walking and cycling: Mayor’s Healthy Streets Report.

TCR is benefiting from more than £1bn of investment towards a new station on the Elizabeth line, currently being constructed by Crossrail Ltd, and a Tube station that has been fully rebuilt. Demand at TCR station is expected to increase by at least 30% once the Elizabeth line is introduced through central London in 2018.

TfL are also proposing to increase substantially the capacity of Holborn station in the 2020’s. I am shorty to meet them to discuss their plans.

Crossrail have sponsored an exhibition at the Museum of London, Docklands, to show some of the many archaeological finds their work has discovered; well worth a visit!

The big news this month, of course, is the retirement of Commissioner Sir Bernard Hogan Howe; and the appointment as his successor, Cressida Dick. Her appointment has been widely welcomed, not least by police officers from all ranks and parts of the Met., from what I can see. She clearly faces some big challenges, not the least of which is the financial problem affecting the Met. due to Government  cuts and underfunding.

We have had two Police and Crime Committee meetings since my last report.

The first was to look at the police response to electoral fraud, including as a case study, Tower Hamlets. We have concerns that this is not taken sufficiently seriously.

You can read the transcripts here and here.

The second was our regular Q&A meeting to question MOPAC and the Met about matters relevant to policing and crime in London, with Sophie Linden, Deputy Mayor for Policing and Crime, MOPAC and Craig Mackey, Deputy Commissioner, Metropolitan Police. Please see a film of the proceedings here, as the transcript is not available yet.

On custody provision, I particularly focussed with reference to children and juveniles, where there are serious shortcomings: see my MQ answers below. I also raised more questions about the borough mergers, with reference to Camden and Islington; on moped crime, I was concerned about the low detection rate and the impact on victims; and on the MOPAC monthly report, I raised the increase in all kinds of hate crime, and the need to bottom out and analyse the complete figures for London, including those of the British Transport Police ( on the tube and suburban rail lines and stations)  and the City Police  which so far have been excluded from the published numbers.

and in relation to hate crime:

I have continued my campaign over the cost of policing football matches, and the need to recoup these costs from the big football clubs.

The new Police and Crime Plan consultation is now coming to a close, and I have been discussing with MOPAC the borough wide priorities, and arguing for community involvement in their setting;

I spoke up for community involvement in setting policing priorities.

The cross party response to the consultation from the PCC has been published.

This follows our evidence sessions on the plan, transcripts now available:

Part one of the PCC discussion on the police and crime plan on 26th Jan and part two. Please also see the transcript from the 12th January meeting.

We have also published the response from the City Hall Labour Group.

Turning briefly to Brexit, even the Met. Police workforce is affected, as a written Mayoral answer has told me that as of the 31st December, the total MPS workforce included the following EU nationals, which we clearly would not want to lose:

Finally, I am attaching the usual batch of answers to February’ s MQT.

The bad news this month was the extraordinary decision of Barnet Council’s Planning Committee to approve the application by Hasmonean School for a new building in the green belt at Copthall, Mill Hill, despite a very strong officer report and recommendation to refuse it. This sets a very dangerous precedent that undermines the protection of the green belt.  The issue now goes back to the Mayor, to whom i have made further representations.

The scheme to build a golf course on farmland at Edgwarebury is now before the public inquiry, on appeal: I gave oral evidence to the inspector to back up my objections.

The application by Kisharon to expand their facilities for people with learning difficulties was approved.

The Regeneration Committee has started an inquiry into connectivity and broadband, as London is way behind most other major cities. We heard some very interesting ideas as to how we can move his forward.

I also wrote to the local Times group newspaper on housing funding.

Poor air quality has taken up much time this month. I wrote to the local press on this as almost a third of cars in Barnet and Camden pose a “serious risk to health”

I also spoke out about fuel poverty locally and about the appalling technical failure which left thousands of people in Barnet without water.

I had an interesting visit to the Fire Service College, where in full fire kit and temperatures in excess of 300 degrees centigrade,  I observed specialist exercises 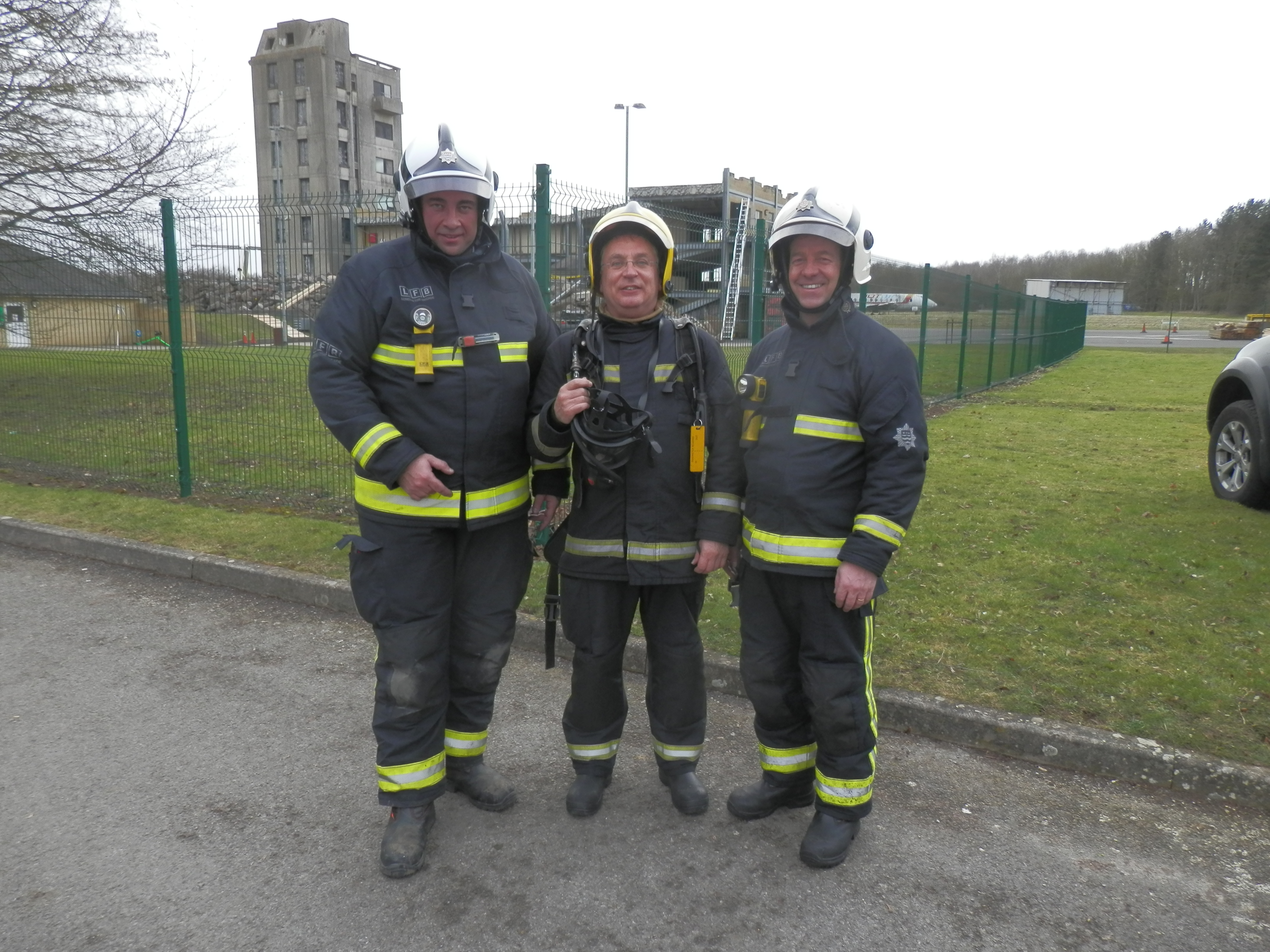 The impact of the Government’s cuts to schools funding is very worrying, with our schools set to lose £500 per pupil. I could not believe it, when I heard that Barnet Council Conservatives actually supported the cuts, rather than standing up for our local schools and their pupils.

Each month the Mayor produces a report on his activities. You can read the mayor’s 9th report here.

10  Written questions to the Mayor

I asked the usual full range of questions to the Mayor.

Q: If a Cockney asked you to fetch his weasel, what would you bring?

P.S. Please feel free to forward this email to any friends or neighbours you think may be interested in it. If they would like to be added to my e-mail list, please ask them to email me direct.

Reproduced from an email sent by the Labour Party, promoted by Ammar Naqvi on behalf of Barnet & Camden Labour Parties both at 79 The Burroughs, London, NW4 4AX