My report from City Hall June 2018

After the May local elections, Barnet and Camden Councils are reconstituted and back at work. I attended the Camden Council AGM. I was concerned  to see that Barnet has again restricted the public’s rights at Council meetings, and not for the first time.

I attended the unveiling of the memorial in Golders Green to mark the 100th anniversary of the test fight plane crash of a Handley Page aircraft, killing all but one of its crew.

Q which tube station has the highest number of platforms?

The parliamentary debates over the Brexit Bill may have concluded for now, but the issue of the future relationship with the EU and trade generally are still to be decided.

I wrote in the Ham and High on the issue and raised Brexit with the Mayor at Question Time.

I am increasingly concerned about the construction industry skills shortage, with EU workers returning home or not coming in the first place, which I raised with the Mayor.

You may also be interested in a couple of recent articles:

The Economy Committee is conducting an inquiry into the issues facing small and micro businesses. We held a field visit to small business in Shoreditch, where unsurprisingly the main problems were high rent and rates. 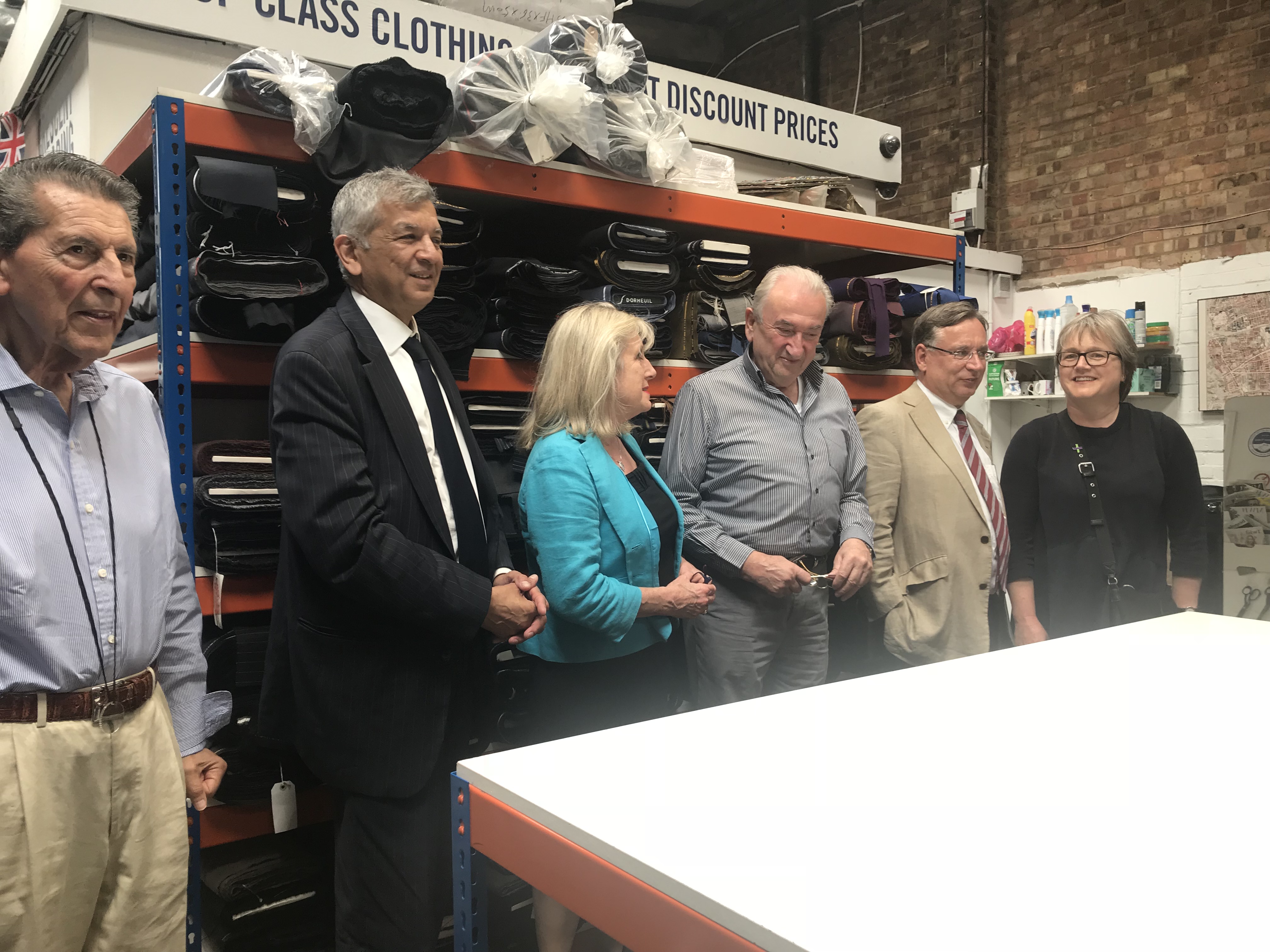 I am increasingly concerned about the construction industry skills shortage, which I raised with the Mayor.

The roll-out of the Government’s controversial Universal Credit is now a reality for Barnet and Camden and I am concerned about the impact on less well-off people in the constituency.

I have responded on behalf of the Labour Group to the Mayor’s Cultural Strategy.

Finally, I attended the Cypriot community’s wine and business festival.

The most pressing issue has been the continuing problems with the new rail timetable affecting both the Thameslink and Great Northern lines. These lines have not provided a very good service at the best of times and what has been happening is pretty atrocious.

I met with TfL buses to raise a number of complaints, especially concerning route 13 which has been problematical for almost a year now. Here is a note of this meeting concerning a number of routes.

Residents’ problems with tube noise continue to escalate: I am due to hold a site visit with TfL engineers next month. I am also arranging to meet the Mayor’s new Deputy Mayor for Transport, Heidi Alexander, and this will be one of a number of issues on the agenda I plan to raise with her.

I attended the public meeting on HS2 with Kier Starmer MP, which raised a number of issues, especially on noise pollution and the inadequacy of mitigation measures.

There is little doubt that violent crime remains a serious concern: I raised this at the Police and Crime Committee as well as the resources devoted to prosecuting those involved in indecent images of children; and the impact of the new rules on police bail.

The draft minutes and transcript of the Q and A with the Assistant Commissioner and deputy Mayor are here.

As part of our work on violent crime on the PCC, we also made a site visit to the Violent Crime Taskforce operations centre for a briefing on their work; and then went on patrol with the specialist plain clothes officers in unmarked cars, which included a pursuit and hard stop on a suspect vehicle.

Funding of the Met continues to be a major issue: I have prepared a briefing on this.

I also raised this at Mayor’s Question Time, given the Home Secretary‘s reported comments. Also see my published letters in the Ham and High.

The Assembly debated the Mayor’s Housing Strategy. I particularly raised the shortage of construction workers (see Economy section above).

I was very concerned to hear about the Royal Free’s scheme to convert Queen Mary’s House into luxury flats: I raised this in correspondence with the Mayor and at MQT, and obtained important assurances from the Mayor concerning this key worker housing.

Unlike Barnet, I was pleased to see Camden taking action to avoid permitted development rights, that allow conversions of offices and other business premises to flats, without the need for planning permission.

The Mayor has set up a ‘rogue landlord’ website: All London Councils have signed up to it.

I visited Swiss Cottage, to look at the impact the 100 Avenue Rd construction traffic is likely to cause, which I am raising with TfL and the Mayor.

I attended Barnet’s Area Planning Committee to speak to my objections in support of the local community over Mill Hill’s St Vincent’s School’s inappropriate scheme in the Green Belt: the application was refused.

My letter to the local papers on air quality was published.

Along with thousands of others, I attended the moving Grenfell Tower silent walk, a year on after the fire. Although I have been on previous walks, (they are held every month) I think was the biggest and clearly showed the strength of feeling and outrage over what happened.

The Grenfell Public Inquiry is now well under way and you can follow the evidence  and see the transcripts here: https://www.grenfelltowerinquiry.org.uk/evidence

The transcripts of 7th June I think are especially interesting, including the opening statements on behalf of the Fire Brigades Union and the London Fire Brigade, which give a lot of context and response to some of the criticisms that have been made.

The LFB Operational Response document (21st June evidence but the document is dated 24th May) gives a minute by minute account from the logs of the fire fighting operation.

Nothing of note to report this month, other than to wish students taking exams the best of luck!

I commented on the worrying reduction in the number of women undergoing cervical cancer screening in Barnet and Camden.

Each month the Mayor produces a report on his activities. His 22nd report is here.

And here is the link to the Mayor’s Annual Report 2017-18 containing a record of activities that have taken place during Sadiq Khan’s second year in office as Mayor of London.

June’s MQT written answers were not available at the time of writing this report: they will be in my next one.

Q: Q which tube station has the highest number of platforms?

A: Baker Street: it has 10 platforms

Reproduced from an email sent by the Labour Party, promoted by Ammar Naqvi on behalf of Barnet & Camden Labour Parties both at 104 E Barnet Rd, London, Barnet EN4 8RE