I welcome TfL’s consultation on their long overdue Camden Town Station plans, which if approved will increase the capacity of Camden Town underground station to overcome the problems of overcrowding and queuing at peak times. Step-free access and an end to crowd control measures would greatly benefit residents and visitors and support the continued vibrancy of Camden Town’s business community. The consultation is open and I would also welcome your views on it.

TfL have also launched a new public consultation on Crossrail 2. which would run underground through London between Wimbledon and New Southgate/Tottenham Hale and link in with London Underground, London Overground, Crossrail 1, and national and international rail services.

While this new line is badly needed, there are serious problems with it for some residents in Somers Town, as the plan as presently configured would need substantial demolition of homes. This is in large part a ’knock on’ effect of HS2 not sorting out their plans for the existing Euston Station, which makes the more sensible location of Crossrail 2’s station harder to site there.. I am working with Camden Council on challenging this important flaw in the scheme. Full details about the consultation are available to view and download from TfL’s website and I’d encourage you to respond to the consultation.

In view of the live issues around minicabs and Uber, TfL are also consulting on the regulatory regime for private hire vehicles.

The  Assembly Transport Committee is investigating motorcycle safety in the capital: 27 riders of powered two-wheelers, including motorbikes and scooters, were killed on London’s roads in 2014; and despite representing just 1% of all traffic, powered two-wheeler riders accounted for 17% of all casualties in 2014.

I reported last time on the problems of the night tube which has been delayed again.

Turning to road safety issues, I arranged for TfL to inspect the A1 at Falloden Way. to see what could be done to improve pedestrian safety. 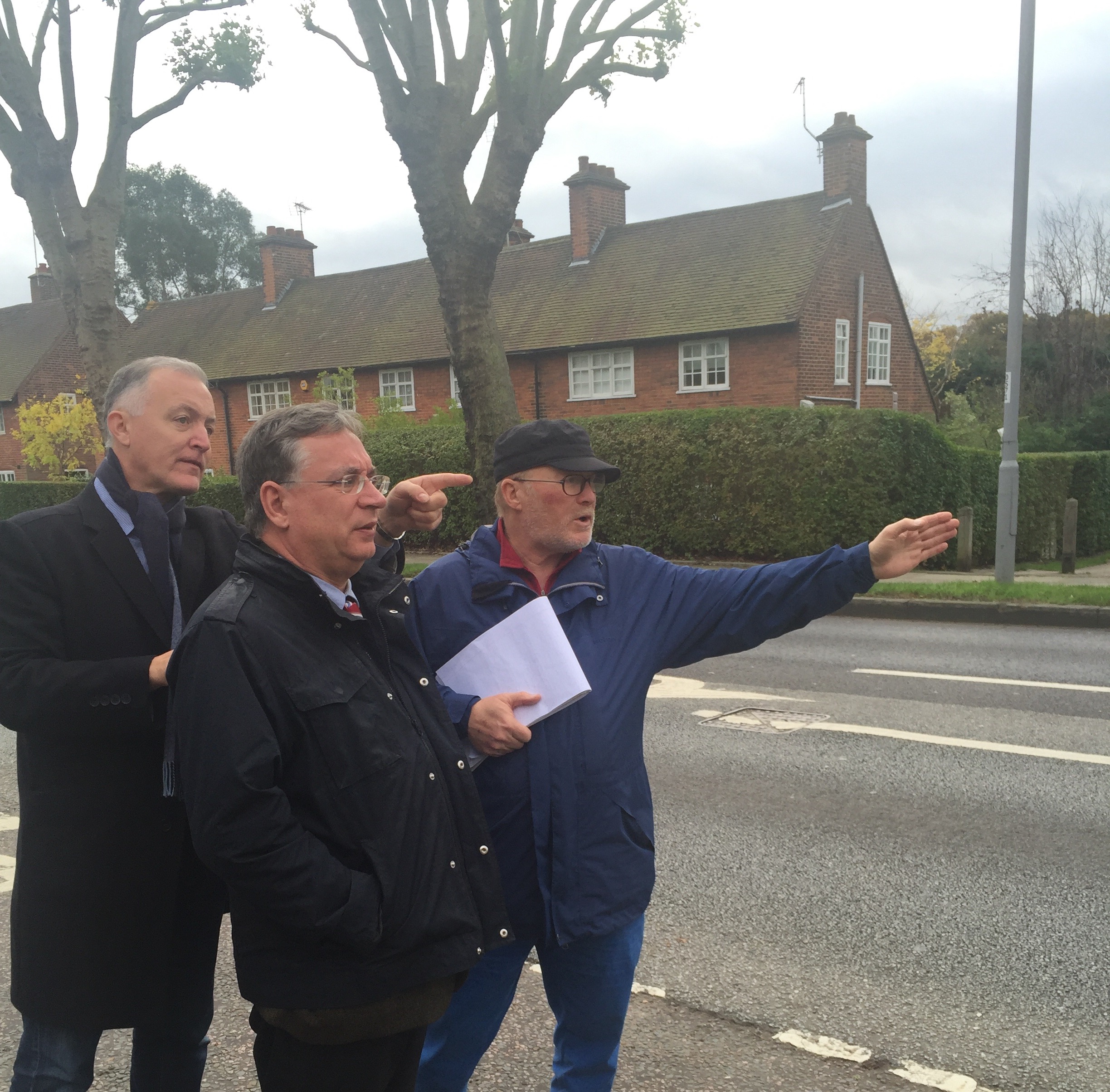 Turning to HS2,  I have lodged my petition against the revised HS2 AP3 scheme . I have also raised another batch of Mayor’s questions; and I have continued to pursue the impact of HS2 on emergency services.

Finally in this section of my report , returning to an old theme, I challenged the proposal of a Colindale developer to charge £25,000 for an open air parking space.