Following the Grenfell Tower fire, the Mayor asked London Fire Commissioner Dany Cotton to carry out an urgent review of London Fire Brigade’s (LFB) equipment. The Commissioner requested a list of extra equipment to ensure the Brigade is fully prepared for future incidents, as well as additional financial support to help with the ongoing costs of the post Grenfell Tower fire extra fire inspection officers, Brigade running costs, and the inquiry and continuing investigations. The total costs will be a one-off sum of £6m for equipment, and ongoing annual costs of £6m.The Fire Authority (LFEPA) will fund the one-off cost of £6m from their reserves, although these were due to be used to meet LFEPA’s forecast budget gap of £21.5m by 2021/22. The Mayor has written to the Home Secretary twice to request additional funding for LFEPA, but she has so far refused his request.

‘At the Fire Authority meeting last month, the Conservative members refused to support our modest proposal:

“That the Authority supports the efforts by the Mayor and officers in lobbying for additional resources for the London Fire and Emergency Planning Authority’.

Should they not reflect on their refusal to support your efforts to get the resources London Fire Brigade badly needs?

‘Do you consider it would be helpful for all members of the Assembly to support you in your efforts to persuade the Government to help fund the additional costs facing the London Fire Brigade in light of the Grenfell Tower fire?

‘Does the Home Secretary’s rejection of your request for additional funding after the Grenfell Tower Fire not show her and her Conservative Fire Authority colleagues completely misunderstand Fire Authority and GLA finances, especially the non- availability of already earmarked reserves, which are for other projects? Without increased funding from the Government, how can the London Fire Brigade provide the level of fire cover Londoners need and expect long term, especially bearing in mind the necessary extra demands as a result of the Grenfell fire?

‘And if serious cuts to the Fire Brigade are the consequence, given that without extra central Government help the Fire Brigade’s worsening funding gap will be at least £21.5m by 2021/22, do you agree that Londoners will clearly know that the blame lies with the Conservatives, just as they were to blame for the last round of draconian cuts on a similar scale, that closed ten fire stations, removed 14 fire appliances, two Fire Rescue Units and 552 firefighter posts?’

The Mayor said that the Conservatives were putting Party politics above public safety and then laughed about it, as they were then doing in the Assembly meeting. The Mayor said that reserves could only be used once and it was very difficult to follow the Conservatives’ lack of understanding. There was no evidence of the Home Secretary even lobbying the Chancellor for the extra resources, going forward.

Correspondence with the Home Secretary (see appendix 1 for full details)

The Mayor wrote to the Home Secretary in July and October 2017 to request additional funding for the London Fire Brigade, given their urgent need for additional resourcing requirements in the wake of the Grenfell Tower fire.  The Home Secretary responded to the Mayor’s initial letter in August, stating that “the amount of funding provided to London Fire Brigade for undertaking fire and rescue services across the capital is a matter for you as the Mayor of London in conjunction with the London Fire commissioner and London Fire and Emergency Planning Authority”,[1] thereby refusing the Mayor’s request for additional fire funding. The Home Secretary made several incorrect statements in her letter regarding the GLA’s spending power and reserves, details and refutations of which can be found in Appendix 1.

The Mayor has since written again to the Home Secretary, explaining that he cannot fund LFEPA’s additional resourcing requirements from within the GLA’s reserves. However, to keep Londoners safe and ensure that the LFB is fully prepared for the challenges ahead, the Mayor has now authorised LFEPA to use a portion of their reserves to fund the one-off cost of £6m. Whilst this spend is deemed necessary to ensure that the LFB can protect London and Londoners to the best of their ability, it leaves ongoing, annual costs unfunded in the future.

LFB have estimated that the cost of staffing and maintaining the new equipment and managing the ongoing response to the Grenfell Tower fire and the associated public inquiry and investigation will be £6m per annum (separate from the one-off cost of £6m to purchase the equipment). This cost, when combined with the current forecast budget gap and the costs of a likely increase in firefighter pay could leave the Brigade facing a budget gap of some £21.5m by 2021/22.[2] 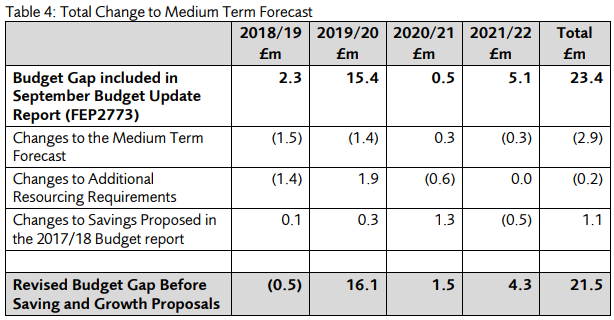 LFEPA considers that delivering the level of savings that would be required to meet the current budget gap could not be achieved without significant reconfiguration of and reduction in front-line response. The savings that will be required without an increase in the available funding are of a similar level to those that LFEPA was required to achieve in 2014 through its Fifth London Safety Plan. That plan closed ten fire stations, removed 14 fire appliances, two Fire Rescue Units and 552 firefighter posts, to deliver ongoing savings of £27.8m.[3]

In order to avoid such a significant reconfiguration of and reduction in LFB’s frontline response, it is essential that the Home Secretary provides additional funding for LFB, as requested by the Mayor in his second letter to the Home Secretary in October 2017, to which he is yet to receive a response. Without increased funding, it will be difficult to improve and maintain the Fire Brigade’s essential work to protect London and Londoners in future – the potential consequences of which do not bear considering.

At the most recent meeting of the Authority, whilst discussing the November Budget Update,[4] Members discussed the Commissioner’s additional resourcing requirements in light of the Grenfell Tower fire and the state of LFEPA’s finances.

Following this discussion, Cllr Mehboob Khan moved and Andrew Dismore seconded an amendment to the Budget Update: “That the Authority supports the efforts by the Mayor and officers in lobbying for additional resources for the London Fire and Emergency Planning Authority”.[5] The amendment was passed by eight votes, with the Conservatives choosing to abstain in the vote.

Appendix 1:  Correspondence with the Home Secretary

In the Home Secretary’s response to the Mayor’s first letter, sent in July 2017, she made two incorrect statements, which are set out and refuted below.